so yesterday was a sunny day and I had a couple of sill plates to give to a mate of mine who stays at the top of Great Glen. So while cash wise it would have been cheaper to post the sills to him I wouldn't have got to catch up with him and it's been 2yrs since i last saw him. Lockdown is also lifted for leisure travel anywhere in Scotland though you can't stay over anywhere. No problem, que 350mile round trip for no other reason that I could. Mustang did the journey nicely, fuel consumption actually wasn't that bad but what a drive.

The engine produces enough torque over the rev range than it was left in fifth and I could just apex to apex and make good progress without bogging the engine or getting all messed up with braking and downshifting. Truly a lovely feeling. Obviously if slower traffic dictated the pace then down to fourth sometimes to stop the engine lugging, yes some folks do actually drive at 40mph and with no overtaking space, everyone else behind then is stuck at the same 40mph!

I didn't buy the car for its economy but knowing it does make good mileage means the 61L tank actually has a decent range in it. Put it this way, fuel consumption on yesterday run was far far better than the commute to work which is a ix of 60 and 30 zones. I was relieved more than impressed if I'm being honest. Road trip up North is just waiting on facilities opening up.

Monday, January 11, 2021
The new car - Gen6 GT V8 Mustang finally I post an update to the blog. I bought a V8 5litre Ford Mustang GT and holy moses it's a big beast but first let us travel back a bit to understand the journey of how we got here.

Years ago I watched the movie Bullitt and ever since then I've wanted a Muscle Car but never thought I'd ever own one. Couple of reasons for this, firstly they are usually very expensive and perhaps more importantly the steering wheel is on the wrong side of the car! Turns out with the gen6 Mustang neither are true, well they aint cheap but they are RHD so that's a major issue resolved. No point having a powerful car if you cant see anything when trying to overtake the camper van in front of you.

The MR2 had rusted through and was BER, the 350Z replacement didn't work out so I started looking to replace that after a mere 7 months of pain. Flitted between getting a boring commuter car and then maybe once things had settled, getting a second car that would be the sporty one. Then discovered the wonder of PCP and that lead me to Finance in general. Looked at an pre registered M2 and it was nice, fancy paddle action gear shift and the twin turbo (dual turbo?) straight six. Then I saw the Mustang.. Drove an auto box one, meh wasn't so good but turns out you can flick it to Sport Mode and it behaves like the fancy M2 box but a 6 speed manual was my choice. Drove one and then that was it, had to have it. The fact it is the same body and wheel colour as the MR2 was is a mere coincidence but it did seal the deal. One owner from new, 15k miles on and i was sold on it. Fast forward seven months of ownership and then Covid hit..
Not a lot been done to it. Badly washed but it has had some miles under it. Hopefully maybe later this year we'll be allowed out again otherwise it's gonna be another long hard year of nothingness. Anyhow, a picture of the barge 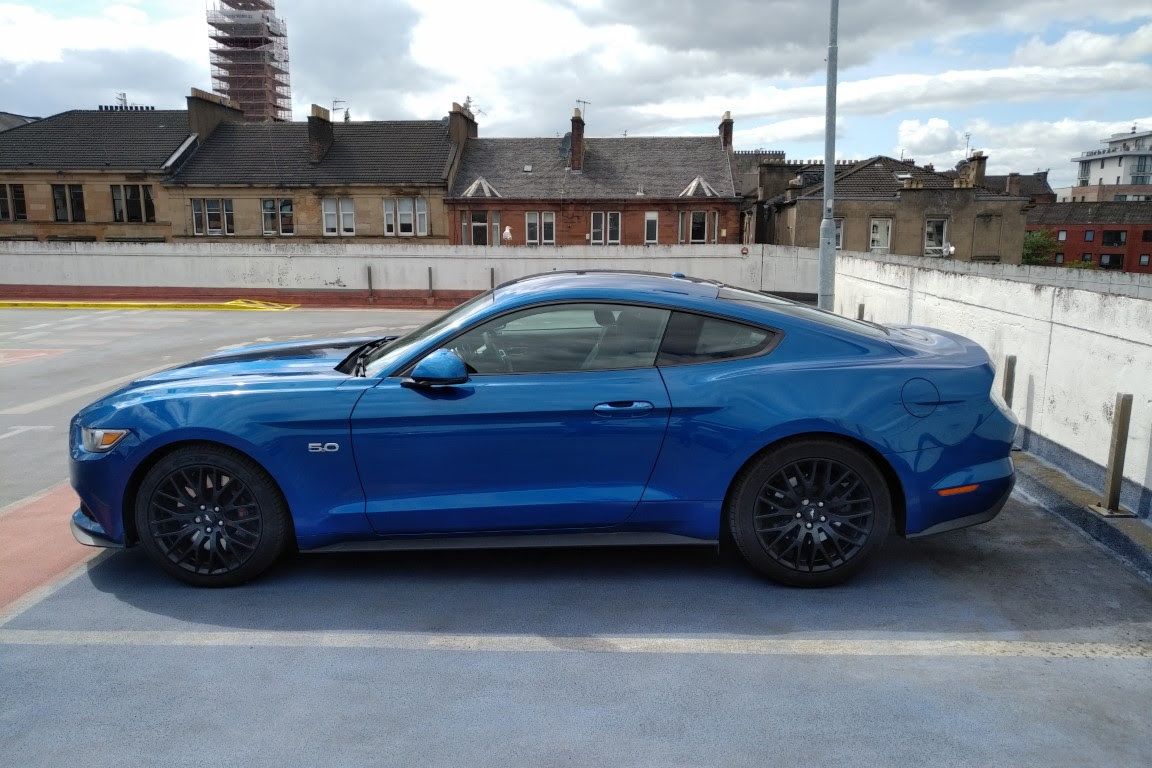 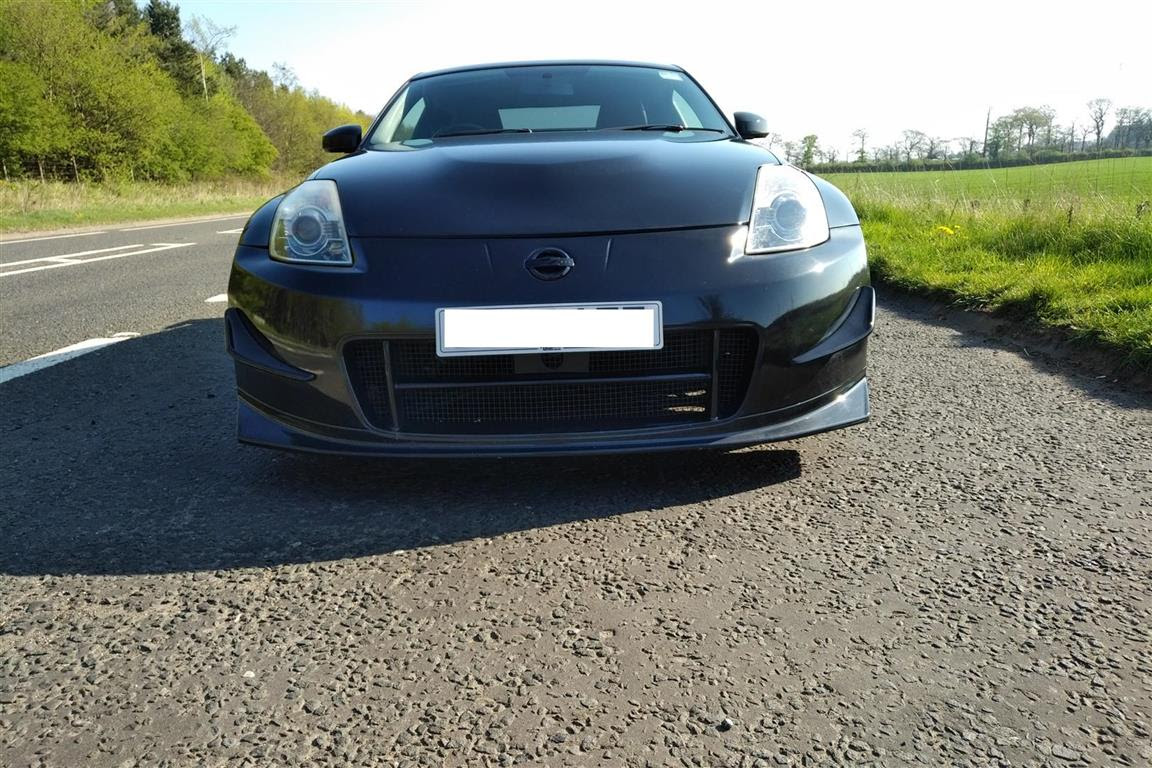 Wednesday, May 22, 2019
Holy Moses it's been awhile since I updated! well, what can I say other than it has been a fair few years since I updated this space. Whats happened, well a couple of car changes for start so lets start at the beginning or rather finish off where this was left before.

Many many miles have passed under the bridge and as many smiles during the motoring experience. Can't remember adding any more modifications to the car, it was where it needed to be and it was just maintenance that got carried out with occasion repair for rust or seized bolts / worn out parts.

Late 2018 the MR2 succumbed to the dreaded rot that blights our shores- rust. Rear arches were rotten all the way through from the inners to the point where you could look from the boot straight through the floor into the wheel well and see the tyre underneath. It was a shocking discovery and one that signalled the end of the ownership. 15 years, 172k miles (org turbo) 112k miles under my ownership and the end was nigh. No more money was going to be spent as the rust had one and nothing I could do was going to prevent it coming back, well a spaceframe chassis would have done it as most of the bodywork was good if faded but realistically not an option.

So onwards and upwards I moved to stripping the car  down and getting the bulky bits sold off. The engine and gearbox etc went to Germany for an engine swap but not before a power run to see the health of the engine. Now, bear in mind this engine was original turbo unit, ceramic turbocharger (exhaust side / intake side I can't remember which) and at 12psi it did 220hp at the hubs! Sadly it was heat soaking on the hi boost runs but still managed 232hp at the hubs. Not bad eh? Sounded good doing that lot too heh heh. So with those pictures and videos of the dyno run the engine was sold as a healthy working unit. It will live on chasing Porsches down the autobahns, I like to think so anyway.

So with that bombshell we shall move onwards to the next stage. The replacement, another 2 seater as it turned out and another Japanese model. In black, with a meaty V6. Stay tuned :)  ¶ 21:43 0 comments

Friday, December 07, 2012
collect car tomorrow -  after the sills have been replaced.. Kinda nervous about how it looks but dont have time to be. MOT booked Monday so it's all fingers crossed and then onwards and upwards. Well, maybe more sideways with the way the weather has been.. snow, ice and general freezing conditions. Oh and rain, did I mention the constant rain :(  ¶ 15:13 0 comments

Thursday, November 15, 2012
er it's been a while..  and the new layout is shocking! Why change things that don't need changing into something that's a mess! grrr

Saturday, July 07, 2012
weather is terrible but still made it out - for a wee hurl in the car. Got up nice and early to get petrol only to discover I still had half a tank in the car, woo hoo result! Drove straight to the hand wash place, got the car done and off for a wee jaunt I went. Not the greatest weather but I still had some fun and it gave the car a run. Did I mention the weather is shocking :(  ¶ 15:49 0 comments