Jet washed the car as it was filthy then went for a run.. Started pushing the brakes a little harder and the pedal a little further. The rate with which the speed is being scrubbed off feels amazing! As I pushed harder and harder I could feel the front of the car planting itself into the tarmac and it feels stable too although broad front tyres do tend to tramline, mind you skinny fronts would just melt! I got the brakes really working and yeah pedal travel does seem a fair bit but certainly no further than before and I actually do have working brakes now. I could feel the car really slowing down on each brake application so I decided to pull over and inspect the discs. Fronts looked same old and so did the rears. The blotchy look wasn't altered BUT all four discs were cooking hot so they are definitely being worked and from touch test evenly worked too. A few of my brake tests really worked the tyres and I could feel the fronts begining to skip over the surface undulations so they are controllable up to the ABS coming in. I may have to up the tyre width on the fronts hehe.

Sunday, April 11, 2010
big brake kit fitted - I'll update later but my goodness they look huge behind the wheels, in fact the wheels now look small lol. I'm running the risk of not being cool enough for the car however it's still in testing phase so a few things to do before it's pronounced working. 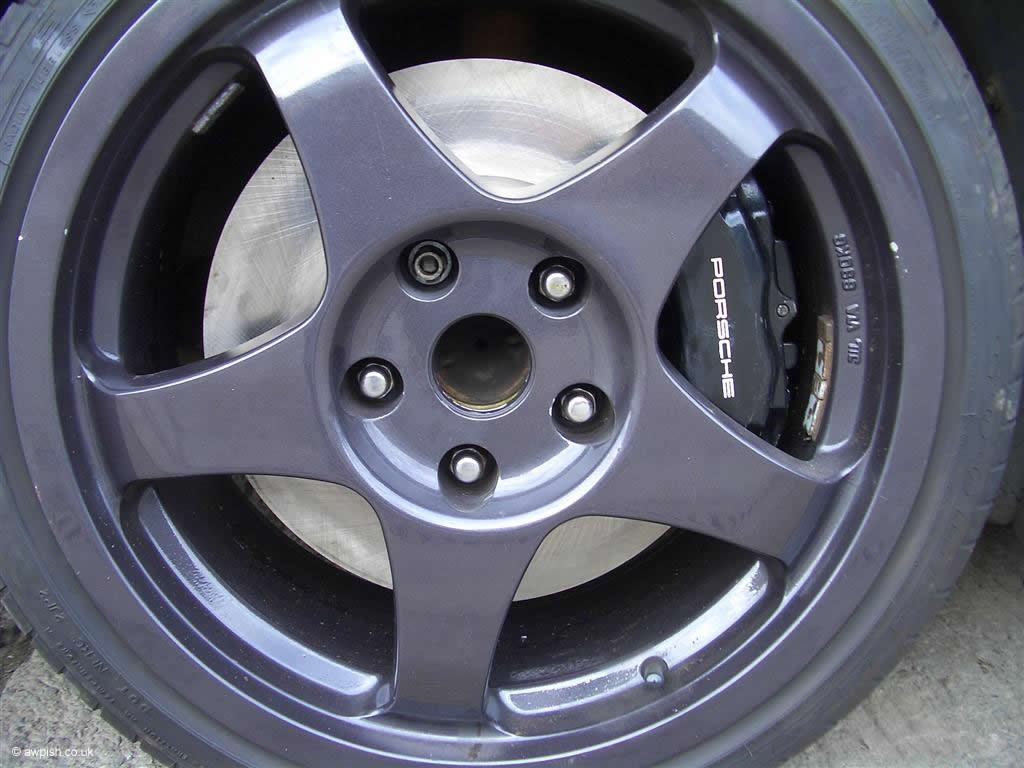