Monday, January 11, 2021
The new car - Gen6 GT V8 Mustang finally I post an update to the blog. I bought a V8 5litre Ford Mustang GT and holy moses it's a big beast but first let us travel back a bit to understand the journey of how we got here.

Years ago I watched the movie Bullitt and ever since then I've wanted a Muscle Car but never thought I'd ever own one. Couple of reasons for this, firstly they are usually very expensive and perhaps more importantly the steering wheel is on the wrong side of the car! Turns out with the gen6 Mustang neither are true, well they aint cheap but they are RHD so that's a major issue resolved. No point having a powerful car if you cant see anything when trying to overtake the camper van in front of you.

THe MR" had rusted through BER, the 350Z replacement didn't work out so I started looking to replace that after a mere 7 months of pain. Flitted between getting a boring commuter car and then maybe once things had settled, getting a second car that would be the sporty one. Then discovered the wonder of PCP and that lead me to Finance in general. Looked at an pre registered M2 and it was nice, fancy paddle action gear shift and the twin turbo (dual turbo?) straight six. Then I saw the Mustang.. Drove an auto box one, meh wasn't so good but turns out you can flick it to Sport Mode and it behaves like the fancy M2 box but a 6 speed manual was my choice. Drove one and then that was it, had to have it. The fact it is the same body and wheel colour as the MR2 was is a mere coincidence but it did seal the deal. One owner from new, 15k miles on and i was sold on it. Fast forward seven months of ownership and then Covid hit..
Not a lot been done to it. Badly washed but it has had some miles under it. Hopefully maybe later this year we'll be allowed out again otherwise it's gonna be another long hard year of nothingness. Anyhow, a picture of the barge 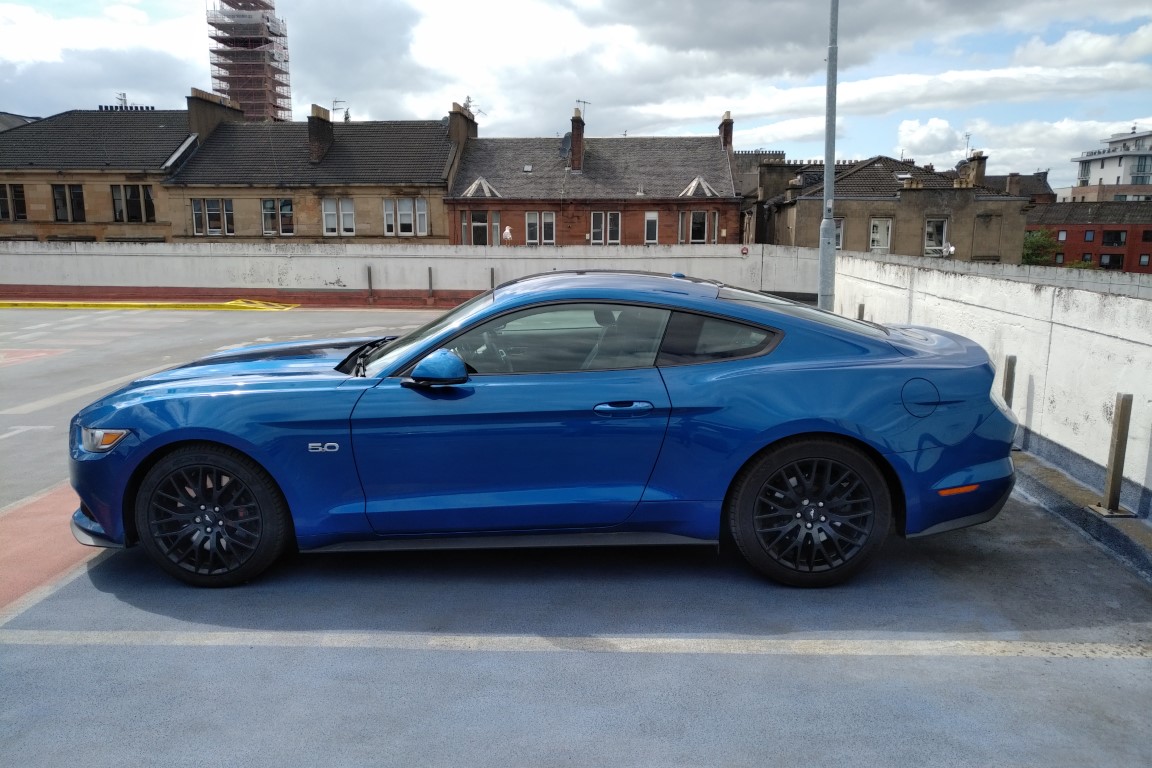